Las Palmas on the island of Gran Canaria approx. with 380,000 inhabitants, it is the largest city in the Canary Islands.

Triana is the commercial center of Las Palmas. Here is the Chapel of San Telmo, one of the oldest churches in the city.

The city harbor boasts a long and glorious history since its founding in 1478. It played an important role in American trade and thus in the prosperity of Gran Canaria.

The third largest island in the Canary Islands, 210 km from the coast of Africa, is also called a “small continent”. This is due to the unique natural beauty of the island, its incredible variability and the presence of several climate zones on the island. Gran Canaria is at latitude with the Sahara.

The holiday resorts are located on the southern coast with a more pleasant climate. 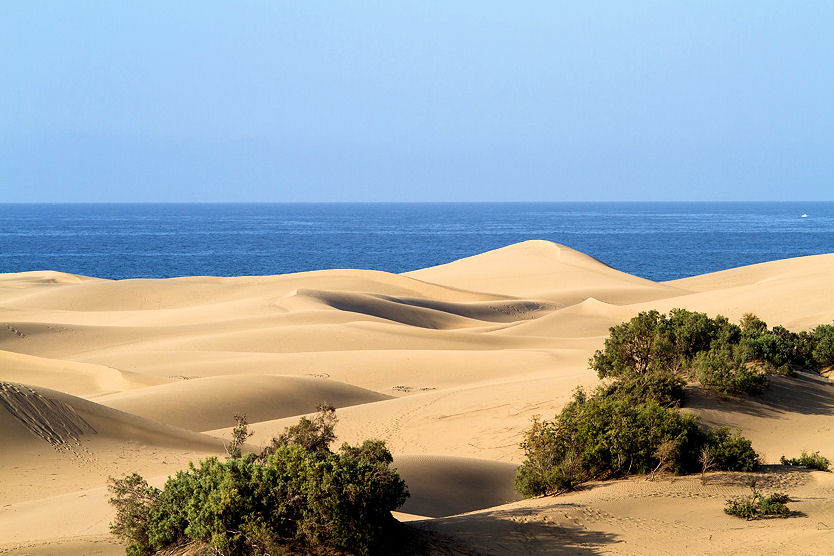 Playa del Inglés, one of the best known and busiest holiday destinations most visited by tourists.

With its 2700 meters long beach and lively nightlife, it is more of a paradise for guests looking to entertain. The beach is made more attractive by the sandy dunes and the promenades with palm trees next to it.

In addition to the Maspalomas Dunes Special Nature Reserve, there are many hotels and apartments. There are various services for families throughout the beach, as well as sports areas for beach volleyball or beach football.

A unique place to spend the perfect beach vacation with your family.